We are here to assist you with your home buying and selling needs from start to finish with FIVE STAR SERVICE. 661-212-2896

The Santa Clarita Valley, nicknamed "SCV"  has a rich history and received its name from the Portola Expedition when the Spaniards arrived on horseback in 1769 and crossed the "wild river" and named it the Santa Clara River - they later changed the name to Santa Clarita, meaning "little Santa Clara" -  perhaps it wasn't as wild as they originally thought! The river is still in its natural state through much of the valley and can be enjoyed on foot or bike via miles of trails.

Since 1842 when gold was first discovered in California in Placerita Canyon under the Oak of the Golden Dream (named later of course) - debunking the '49's at Sutter's Mill tradition - Santa Clarita has been golden! Mentryville (as seen in the photo to the left during a rare snowfall), a state historical landmark, was the site of the first commercially successful oil well in the western United States; today it offers beautiful hiking trails. Part of the fun of living in Santa Clarita is discovering its history and exploring the many sites and trails!

Santa Clarita - a Best Place to Live in California!

When Santa Clarita became a city within the County of Los Angeles in 1987 it consisted of the communities of Newhall, Valencia, Saugus, and Canyon Country. To this day, even though these communities now make up the City of Santa Clarita, they still keep their community names. And the postal service acknowledges both. For instance Valencia 91355 and Santa Clarita 91355 are the same community.

Currently, some communities in Santa Clarita Valley lie outside of the city limits - in the unincorporated area of Los Angeles County.  These are Stevenson Ranch, Castaic, and some parts of Valencia, Saugus, and Canyon Country. However, areas are being incorporated into the city as time passes.

Each community within Santa Clarita Valley has some particular distinguishing features, although there is a sense of unity and many of the features overlap.

The city of Santa Clarita – with its communities of Valencia, Newhall, Saugus, and Canyon Country – is one of the top 50 places to live in the United States. and it’s one of the top 3 safest cities with populations of over 150,000 people.

The population of the Santa Clarita Valley is over 275,000, and within the city limits it is about 200,000. It has a Mediterranean climate with an elevation of about 1200 feet, and is surrounded by the Sierra Pelona Mountains, the San Gabriel Mountains, Angeles National Forest, and the Santa Susana Mountains – all of which create a beautiful backdrop for this popular suburb of Los Angeles County. This creates a beautiful valley with lovely views, including that of snow capped mountain tops in the winter.

And even in sunny Southern California, Santa Claritans experience a special treat about once every 10 years…a sprinkling of snow in our yards!

Proof that Santa Clarita is a Great Place to Live:

Within the Santa Clarita Valley, yet outside of the city limits are the communities of Stevenson Ranch, Castaic, and parts of the master planned community of Valencia.

Why make the Santa Clarita Valley your home?

We think it is just simply the best place to live in Los Angeles County!

Whether you’re looking for a beautiful place to walk your beloved pet or a nature trail that allows you to explore the area, you’ll find several options in the Santa Clarita Valley.

Valencia Heritage Park features a playground, a multipurpose field that is lighted, picnic area, restrooms, and BBQ grills. It also has a tennis court that is lighted. This park is located at 24155 Newhall Ranch Road in the 91354 zip code area.

Bridgeport Park features a multipurpose sports field, picnic area, playground, and restrooms. It also has a ball diamond that is lighted. This park is located at 23521 Bridgeport Lane in the 91355 zip code area.

Central Park is a full feature park with a multipurpose field that is lighted, picnic areas, restrooms, playground, fitness area, and disc golf. It also has a ball diamond and a basketball court, both are lighted. You’ll also find there is access to Central Bark, an area set aside for dogs. Central Park is located at 27150 Bouquet Canyon Road in the 91350 zip code area.

Santa Clarita Velo California is a club that promotes cycling through the Santa Clarita Valley. There are five routes used by club members, and membership is required for this non-profit club.

The Santa Clarita Community Hiking Club has over 3,000 members. Hiking opportunities include camping, backpacking, and snowshoe hiking. They often bring in special speakers and sponsor events with a focus on keeping Valencia clean. They welcome all ages and fitness levels. 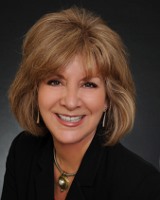